The Road to Tennis Fitness 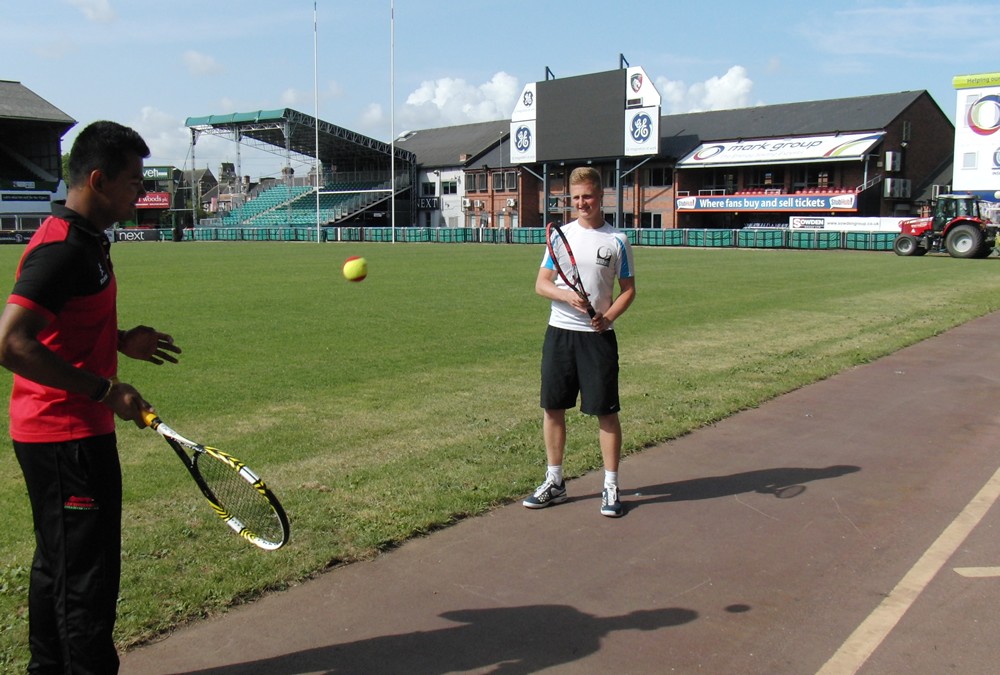 Tennis places some fairly unique stresses on the body compared to other sports, with many players generating heavy use in particular joints and muscles, often loading one side of the body more than the other.

Wear and tear on the body is part of our job and I can accept that but there does come a point where as a coach you realise you need to do plenty of maintenance work to stay fit enough to keep doing the job. Whilst many of our players often see us carrying a niggling injury (we try to hide it when we can but it’s not always possible!) I’m not sure they are always aware of the work that has to go in behind the scenes to keep coaches functional. Inside Out Tennis have a number of people outside of the organisation that our coaches and performance players are used to working with, the core of which currently includes our Sports Masseur Kirsty, Strength and Conditioning Coach Chris and Physio Rachel. Without people like these, it’s unlikely we’d be fit enough to do what we do.

Now and again though, we get a real wake-up call, and I’ve had more than one of them! This summer it was a knee injury for me which proved initially tough to diagnose and ended up keeping me away from full action and competitive tennis for almost three months. There can be no cutting corners with rehab programmes, otherwise I know I’d pay in the long term, and as I rebuild my fitness again and discover how much functional stability I’ve lost in that time, I wonder how many players simply don’t have it to begin with, or how many have underlying issues that prevent them achieving their tennis potential. With simple corrective physical conditioning programmes many people could feel as fit and strong and flexible as they probably ever have, but that side of tennis training is often overlooked by all but the very top levels of tennis players.

If anyone would ever like to discuss how some simple at-home conditioning exercise programmes could transform their stability both on and off the tennis court, please feel free to ask. If there’s something the coaching team can’t answer or help with, the sports masseurs and S&C coaches come in to their own. A couple of sessions with them, where they not only try and alleviate an immediate concern but help show long term corrective exercises too, is often worth a lot more than battling through the pain barrier and spending significant amounts of time out of the game wasting membership fees etc to ‘let things settle down’ before returning to action and starting the cycle of pain and niggles all over again. Hopefully you’ll see contributions to our website from people such as Kirsty and Chris over the coming weeks and months…

Since the start of the summer it seems as if I’m down at Loughborough tennis club every day, whether it being for the weekly wheelchair tennis group sessions, one to one sessions with Martyn Whait, competing in the box leagues, or just hitting with other club members.

Through all these different sessions, and now that I’m working with Chris in strength and conditioning, I really do have every area covered at the club. All this so called ‘work’ has not only been enjoyable but has also helped me make great strides up the world ranking tables in which I have gone up to career highs of 60 in singles and 28 in doubles.

I have competed abroad in two tournaments in Poland and the Czech Republic in June where I reached two singles quarter finals and a doubles semi-final.

When I returned to England I used the box leagues at Loughborough to maintain match fitness and increase my experience to take into the British Open this year in which I got to the quarter finals in Doubles and put in a good performance against the number 7 ranked player in the world in singles. Overall this has been a very positive summer for me so far and has put me in good stead to have a long and successful career in wheelchair tennis.