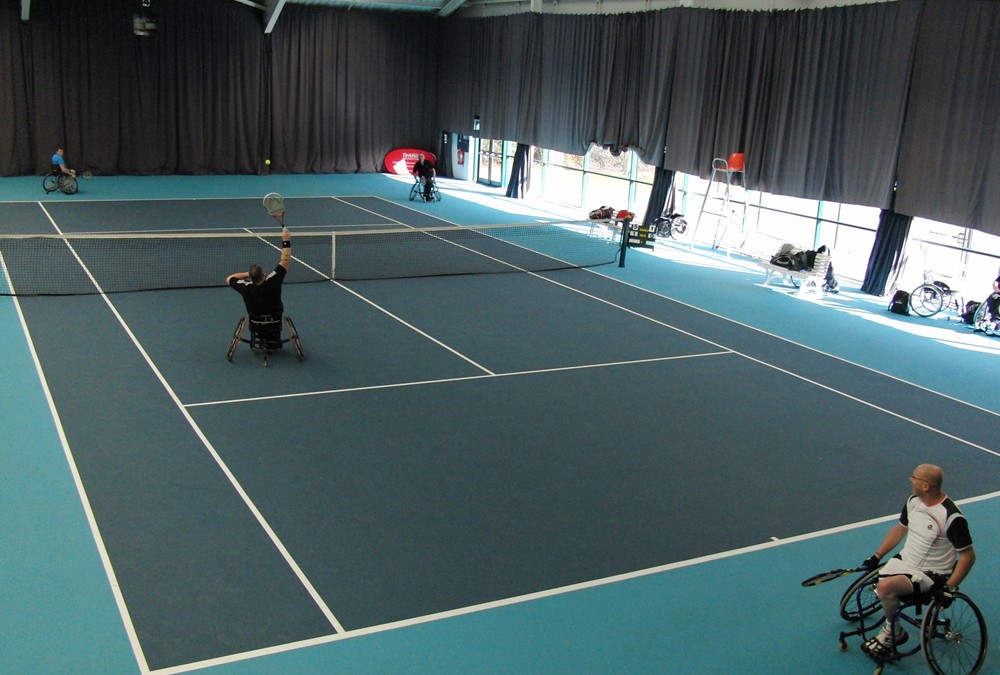 After competing in the British Open for the past three years, the experience is not a new one so I was able to handle myself a lot better after nerves got the better of me the previous year.

By being the second largest wheelchair tennis tournament in the UK behind Wimbledon the strength of the draw is very high, but by being a local tournament to me it has given me a sense of competing at such a large tournament whilst still being early on in my tennis career.

I started this year’s competition with a bye so spent the time training for the forthcoming match and I was able to get a feeling of the competition by watching and talking to fellow players which settled any lingering nerves. On the second day I played the number 9 in the world, Greg Hasterok from the USA, I lost 6-0 6-0 but playing that kind of player and being able to see how the aspects of my game measured up really helped me judge how far I had come in a year. I then played doubles with a new partner and won 6-0 6-0 which helped my doubles ranking get into the top 30.

The next day I was able to get another singles match by playing the consolation which I eventually lost, but the match was much closer than the first singles I’d played and me and my coach were able to see clearly what I needed to work on to continue my improvement. We then played the number one seeds in doubles which, despite not getting the win, was similar to my first singles match in that it was really helpful to see how my game matched up to theirs.
By being my local tournament I always had a coach, hitter, or player I knew from either Nottingham or Loughborough LTC which made the large amount of down time between matches a lot easier and meant they could see how I fared in a competitive match.

All in all the British Open was a success for me if not for the results but for everything I learnt and experienced throughout the week.