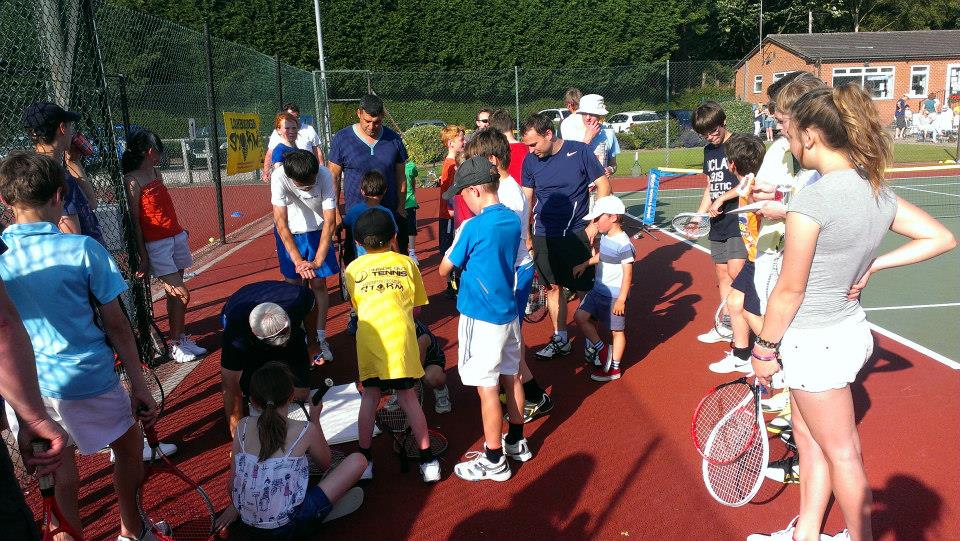 Tennis camps are something I’m particularly proud of when it comes to Inside Out Tennis. When we were founded, we inherited a setup that was of a previous generation of sports camps, younger children in the morning, older ones in the afternoons. It didn’t take long for us to do some serious research on our competition. We realised quickly that childcare for working parents was a core part of the camp structure elsewhere, something the previous format of our camps wasn’t able to cater for. We also needed to remain flexible to allow those not looking for large periods of childcare to still access them, so we developed the camp structure that allows for half day, full day or full week bookings, with additional early drop off and late pickup options. We also aimed to be one of the most affordable sports camps in the area (£2.50p/hour for a full week booking) whilst still maintaining low player:coach ratios, usually around the 6:1 mark.

Over the years the camps have grown from a handful per day to a dozen or so, then into the twenties and some days now peaking at our maximum capacity of 48, with 8 coaches working on those peak days to keep the ratios under control.

Tennis camps for us are a fun and unique challenge. Rather than working with the same group of players over the course of a term whom you get to develop into a functioning group, you have to be a lot more adaptable with tennis camps where every half day session with feature a different mix of players and therefore carries a very different dynamic. I really enjoy coming up with new exercises for the players to work through and finding ways of linking them with existing ones whilst still adapting them for different ages and levels.

It can be challenging at times when energy levels of players begin to dip, usually mid to late afternoon, particularly in hot weather, and there are times the groupings of players has to be carefully done to ensure there aren’t major personality clashes, but on the whole, the atmosphere is fantastic and it helps drive both players and coaches through each day.

I love seeing the bonds that develop between players in an often short amount of time, with the vast majority of players forming friendships almost immediately. I also really enjoy seeing how the players utilise their newly acquired skills in match situations, something which often takes much longer of the course of a normal term of coaching. The intensive approach just seems to work for some players!

It’s also a rare time of year where a lot of our team are on court together in the same place at the same time which develops a great atmosphere (end of week barbecues are not uncommon!) It also gives us a chance to bring our newly qualified assistant coaches into an environment where they get a feel for our approach to tennis coaching very quickly. They then form the base of our staff for the following year, allowing us to bring more staff through again and again, a lot of whom are former junior players of ours, and many of whom have now taken part in tennis camps themselves at some stage when they were younger.